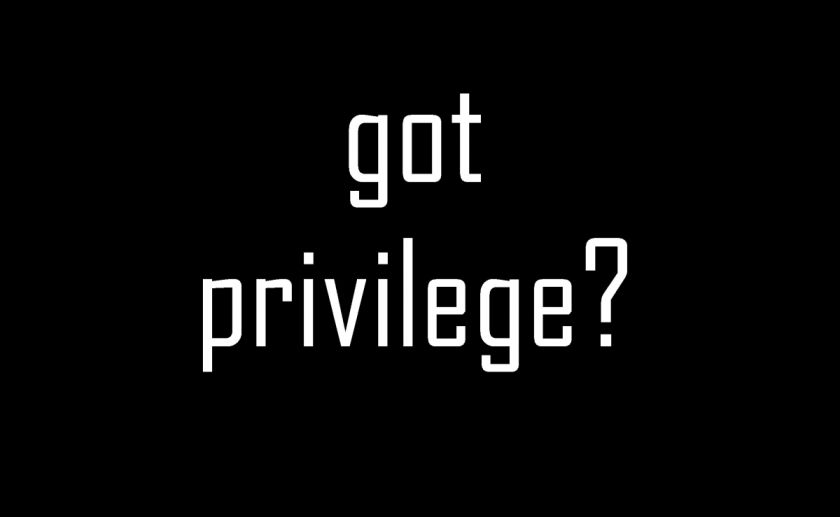 Privilege is not as cut and dry as we would believe it to be.  Privilege is a moving target that’s also situational.  We move in out of places of privilege, but we must be aware of when we are occupying a place of privilege, especially as followers of Christ.

If you can listen to an audio recording of disparaging remarks made towards women and excuse that as merely “locker room” talk, you might be privileged.

If you can watch throngs of people chanting “build that wall,” as a response to immigration concerns and think, well they said they’re murderers and gang members and drug dealers and not consider the hard-working laborers working in the fields or on roadways or construction sites, you might be privileged.

If you can watch the signing of an order to ban the entrance of people from certain countries and you can see that, knowing it will impact mostly Muslims, and say “it’s a good thing I’m American, not considered your neighbor, the doctor or your children’s friends and how it will impact them and their families,” you might be privileged.

If you can watch groups of violent white nationalists converge on a city and whose protest ends in the death of a young protestor, and think to yourself that she shouldn’t have been there with the Antifa anyway, then you might be privileged.

Just as Bishop Desmond Tutu said, if you are silent in the face of oppression, then you have taken the side of the oppressor.  I add that you have invoked your privilege.